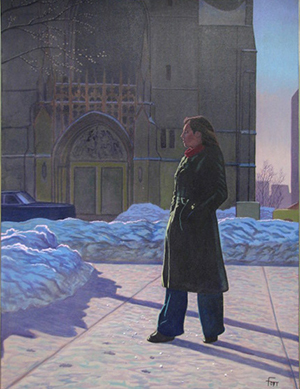 The Dick Fort Collection, which consists of five oil paintings and one sculpture, is temporarily off display due to the Library Renovation.

Richard Lindsey Fort, known as Dick, was born in Mitchell, South Dakota, on July 6, 1922. He grew up drawing, painting, and playing piano. During summers, his family enjoyed camping and hiking in the Black Hills. After graduating from Washington High School in Sioux Falls, Fort majored in English and German at Grinnell College of Iowa. He served in World War II as a crypto‑analyst in a German Language Unit. The GI Bill allowed him to enroll at the Art Institute of Chicago where he earned another degree, equivalent to a modern‑day MFA, in 1952. Fort worked as a teacher and an artist in Chicago, but returned to the Black Hills during the summers to paint. He designed and built a domed house between Cheyenne Crossing and Lead and took early retirement in 1984 to move in permanently. After retirement, he continued to paint, composed music, and was a cross‑country skier who took an active role in developing new trails. Throughout his Black Hills years, Fort was an outspoken environmentalist who worked against degradation of the area by gold and uranium mining interests. At age 94, he died on September 13, 2016, at the Fort Meade Veterans' Hospital near Sturgis.

Lady at the Piano  by Dick Fort 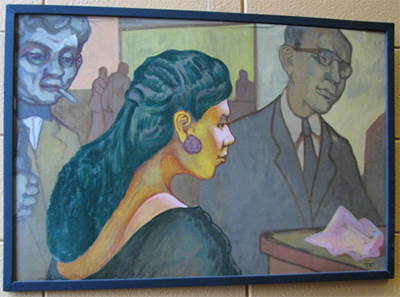 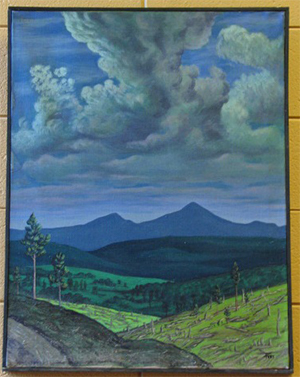