The A. D. Humbert Collection of Clay Tablets is temporarily off display due to the Library Renovation.

In the fertile valley between the Tigris and the Euphrates Rivers, the people of Sumer and Akkad were among the first to develop organized governments for their cities [ca. 4000 B.C.].

Before 3000 B.C., the Sumerians had invented a script which was impressed into their clay writing material with the sharp edge of a wooden stylus. Thus the symbol had a three-dimensional, wedge-shaped look, and was called “cuneiform.” Originally, the symbols were pictorial. However, by 2700 B.C., picture had given way to phonograms - a symbol representing a syllable; the outward form of the symbol was simplified, and it assumed a stylized appearance.

With the development of cuneiform, texts of all types could be preserved. It became the writing system all over the Near East. Although clay remained the principal writing material, cuneiform scripts have been found painted on walls of buildings, hammered into metals, etc.

Clay tablets were usually unfired and very fragile. Once they have been baked they are practically indestructible.

About 1950 B.C., Sumer and Akkad became a part of Babylonia. The area became known as Mesopotamia about 331 B.C.

The fifteen original tablets were selected by Edgar J. Banks to illustrate different types and different periods. They had been obtained by Mr. Banks directly from the Arabs who found them at various sites in the Tigris-Euphrates Valley. The brief description that follows includes Mr. Banks´ tablet number, the place the tablet was found, the date of the tablet, and an explanation of the content.

In the early 1970s, the tablets were rediscovered in the Library, together with minimal documentation. After photographing, and some preliminary research, the tablets were taken to the Oriental Institute at the University of Chicago where they were cleaned, baked or rebaked, transliterated and/or translated, and authenticated. Upon being returned to the Library, an appropriate showcase was designed, as well as stands for the individual tablets, to allow them to be viewed from all sides.

The casts of the tablets, and forms used in making the casts, were donated by the Oriental Institute of the University of Chicago. 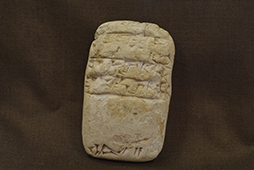 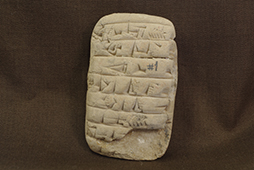 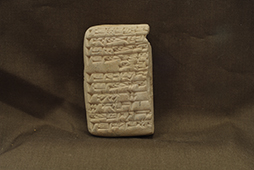 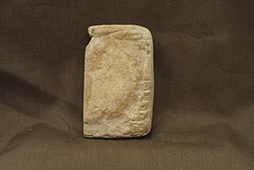 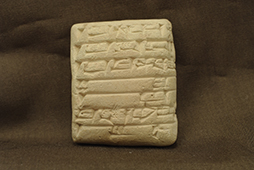 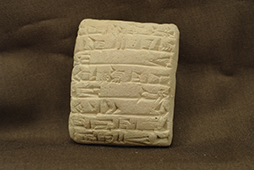 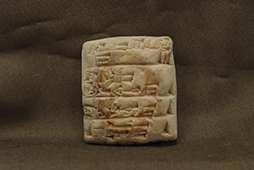 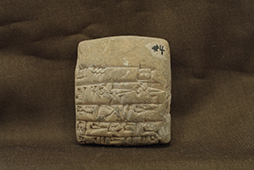 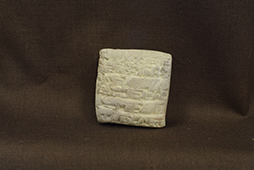 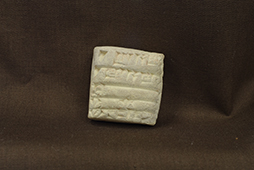 6. Jokha (ruin of the ancient city of Umma). Sulgi 44/I [ca. 2400 B.C.]. Receipt of beer. Note the seal imperssion which bears the name of the scribe, Umani, and includes the seated figure of the Moon-god, Sin, who was the chief deity of Ur. [After a tablet was written, and while the clay was wet, the scribe rolled his cylindrical stone seal over the tablet, thus making it impossible to change the record]. 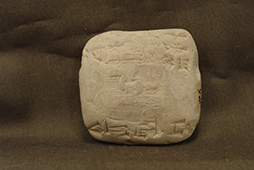 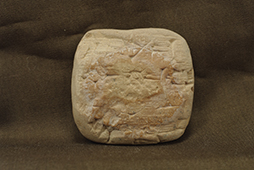 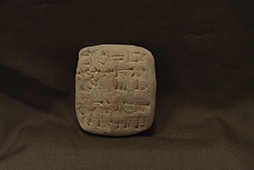 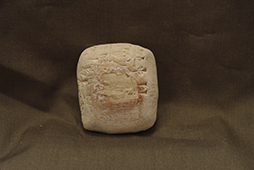 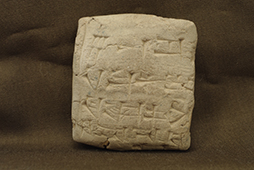 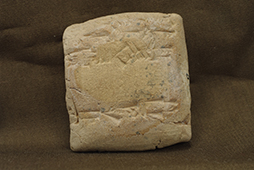 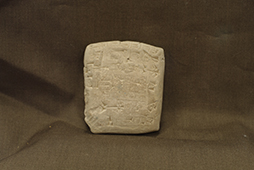 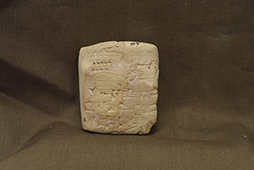 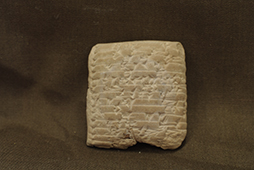 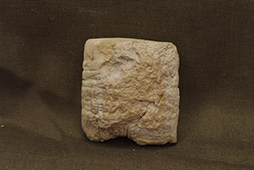 11. Tello (ruin of city of Lagas). Gudea [ca. 2200 B.C.]. Votive cone. The text reads “For Ningirsu, the powerful warrior of Enlil, Gudea, ruler of Lagas, has accomplished a proper thing, his (temple) E-ninnu-anzu-birbir has built and restored to its place.” 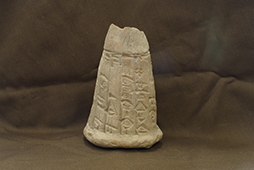 12. Tello. Sulgi 46/IX [ca. 2200 B.C.]. Receipt of grain. This is an envelope tablet. The envelope is sealed, the tablet probably is not. The envelope can be opened only by breaking it away. 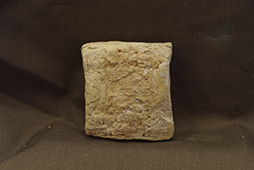 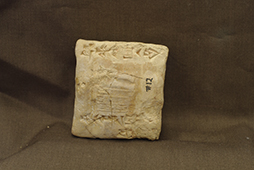 13. Warka (the ruin of the Biblical city of Erech of Genesis 10:10). Old Babylonian [ca. 2000 B.C.]. Expenditure of flour for food rations of house slaves. This is a good illustration of the business documents used by the people at the time of Abraham, a contemporary of Hammurabi, King of Babylonia. 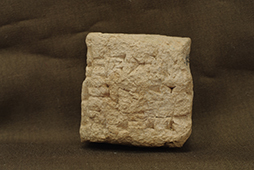 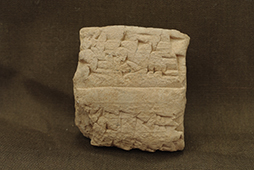 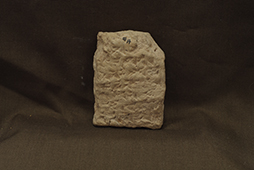 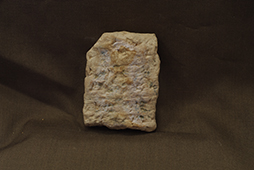 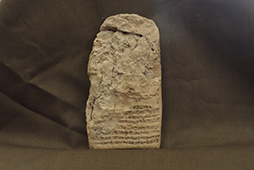 17. Cast of tablet fragmentation found on the surface of Nippur in 1973. It bears part of a catalog of incantations against evil demons, and is dated about 600 B.C.

Adelbert Dale Humbert was born at Mount Carroll, Illinois, August 19, 1866. He began his teaching career at the age of 16 in rural schools near Byron, Illinois. At the same time, with a friend, he published a weekly newspaper, The Byron Express, and later the Shannon Express at Shannon, Illinois. He abandoned the newspaper business when he moved to Rockford, Illinois, to become an executive at the Rockford Business College. In 1899 he moved to Beloit, Wisconsin, to work at Beloit College. In 1900 he came to the School of Mines to establish a preparatory department where the engineering students could take preliminary academic courses. At that time there was only one high school in the Black Hills and that was at Deadwood. In 1911 Mr. Humbert came to Spearfish Normal School and established an agriculture department. Mr. Humbert taught physics and geology until 1914 when he accepted, temporarily, the position of Normal School secretary. He remained in this position until his retirement in 1936. Mr. Humbert died August 14, 1938.

Edgar J. Banks was born May 23, 1866, in Sunderland, Massachusetts. He began his career as an American consul in Bagdad, Turkey, in 1897; served as acting professor of ancient history at Robert College in Constantinople in 1902/3, and as a private secretary to the American Minister to Turkey in 1903. In 1903 he served as field director of an expedition excavating the Babylonian ruin at Bismya for the University of Chicago. This work continued into 1906, after which he began lecturing on Babylonia, Arabia and Turkey. In 1909 he took a position as professor of Oriental languages and archaeology at Toledo University. From 1921 until 1922, he served as director to Sacred Films, Inc., and as president of the Seminole Film Company. Mr. Banks died May 5, 1945.